The production of Caciocavallo Cheese in this area of Sicily dates back to hundreds and hundreds of years ago. It is a cheese made with only cow milk and it is still possible to find  cattle farmers that make this cheese in the traditional way using the same utensils and method of ancient times. 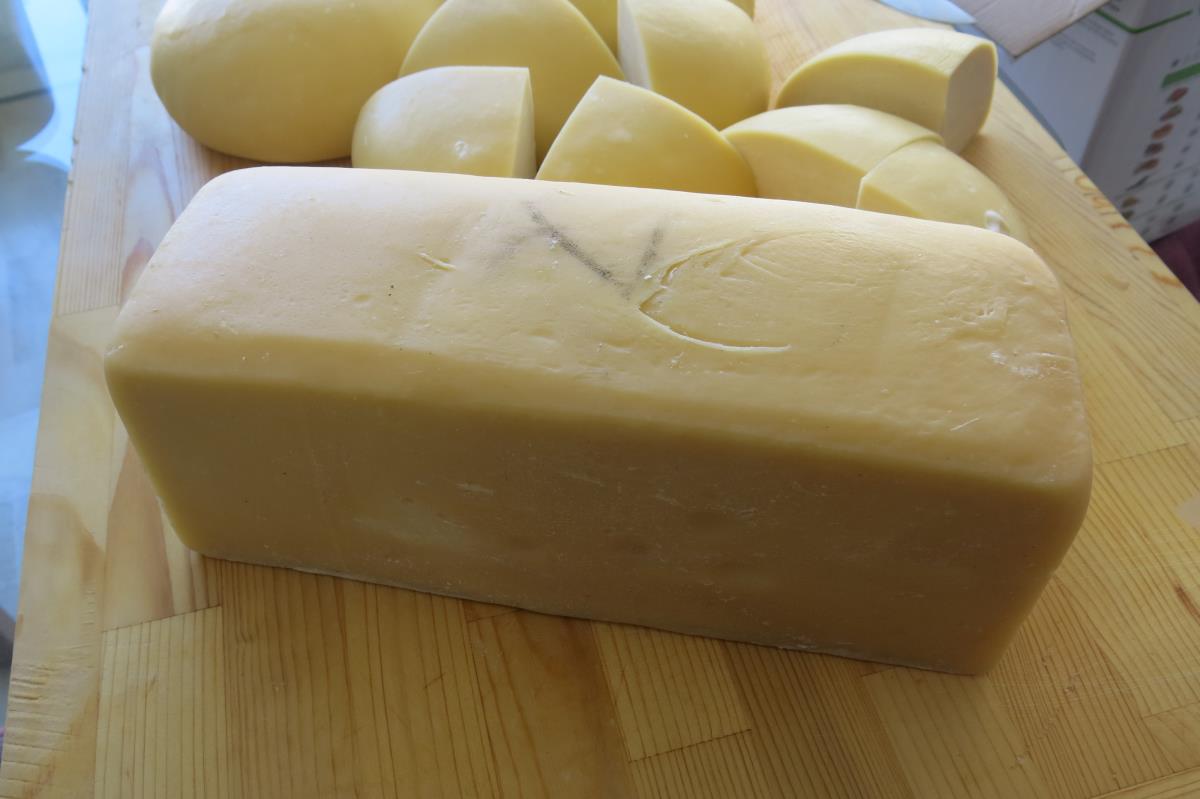 This cheese is produced using the milk of the Vacca Cinisara, a very typical breed from the area of Cinisi, a town near Palermo. This breed has been recognised as a DOP (Protected Designation Origin) because of the particularity of its produce, both of milk and meat. These cows breed up on the Cinisi mountains that reach even 700 meters a.s.l., far from pollution and contaminations. They feed on grass and wild herbs found between the rocks and this makes them very agile, healthy and strong. The different grass that grows depending on the season, gives different flavours to the milk and conseguently to the cheese. 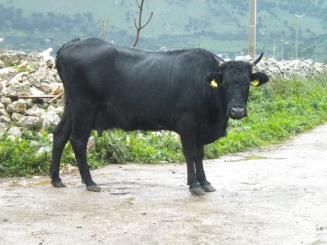 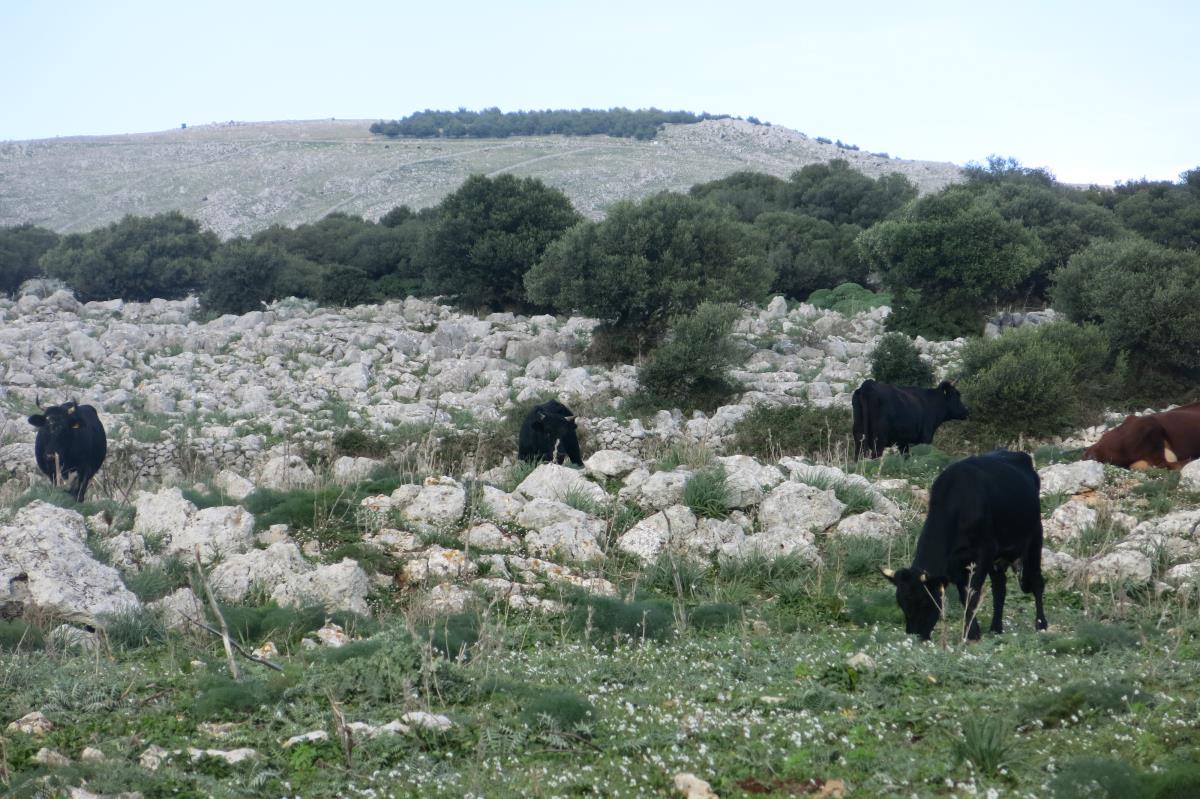 The cows are milked every day and the milk goes directly to the mannara which is the old dairy house where the cheese-making procedure takes place. The milk is set to boil in big pots heated by a wood fire. When the right temperature is reached, the caglio, which is an organic substance extracted from lamb intestines, is added. A natural chemical transformation begins and the milk starts to curdle and become solid. The resulting mass of primary cheese, called tuma is collected and let to drain on a straw-cane base until cool, to remove the exceeding liquid. The tuma is then hung over a wooden rod, a cavallo, in Italian, and from here the name of the cheese Caciocavallo. 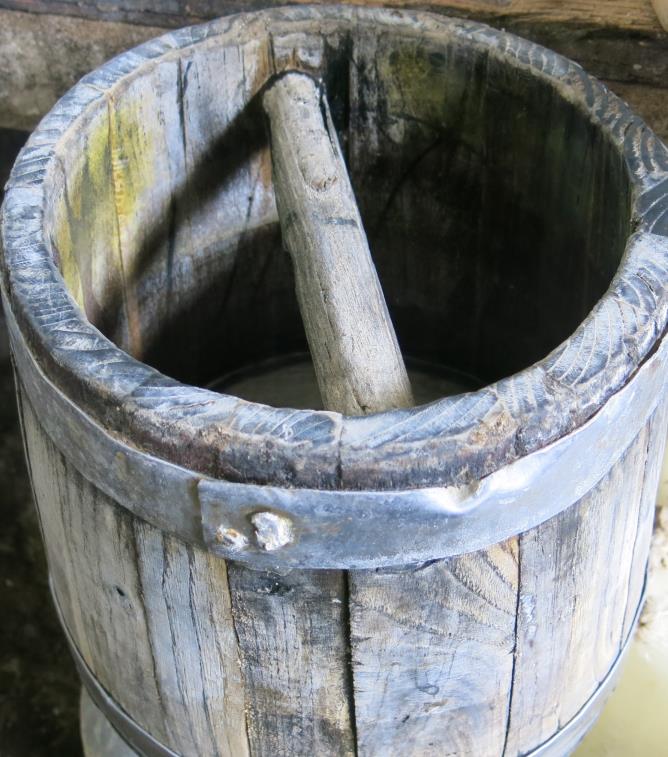 A couple days after, the tuma is sliced by hand and placed in a barrel container in which boiling hot serum, which is the liquid that remains after the milk curdles. At this point the experience of the farmer is fundamental for the procedure of putting together the boiling hot cheese slices into a big mass, the so-called accuppata. This procedure gives the cheese a very particular texture. The mass is then placed in wooden rectangular moulds that give shape to the 4 to 6 Kg cheese. 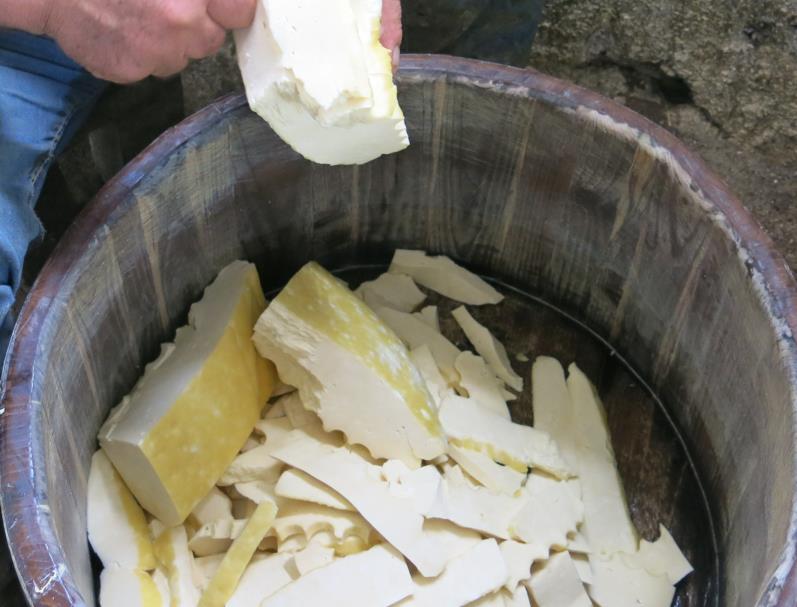 A few days later the fresh caciocavallo cheese is placed into a tank with salty water for the necessary time, to obtain the right salt content. The cheese forms are then set on wooden shelves to age and the saltiness which is concentrated on the outer side of the cheese, reaches the heart of the Caciocavallo. 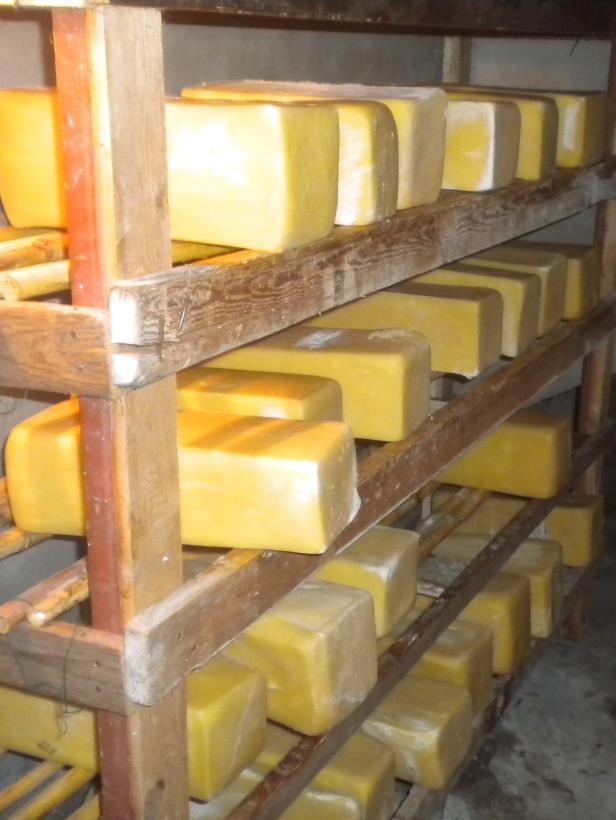 The Caciocavallo cheese is appreciated for its aroma, flavour and particular texture on the palate. Its nutritional characteristics and low-fat distinctive features make it an important element of the Mediterranean Diet.