At the end of January an interesting event took place at the Mellieha Holiday Center in Malta. Marilyn, a Sicilian sommelier, in cooperation with Susanne, the Danish guide, organized a wine tasting for the resort guests.

The event took place at the Joseph’s Bar within the Resort, where John, the restaurant manager and his team, organized every single detail, in order that everything would work out perfectly.

The guests arrived on perfect time, as Danish tradition, and took seat at the tables, anxious for the mini wine tasting course preceeding the tasting.The speech begins with a tale that brings the participants to Sicily, the largest island of the Mediterranean, where the wine is produced. 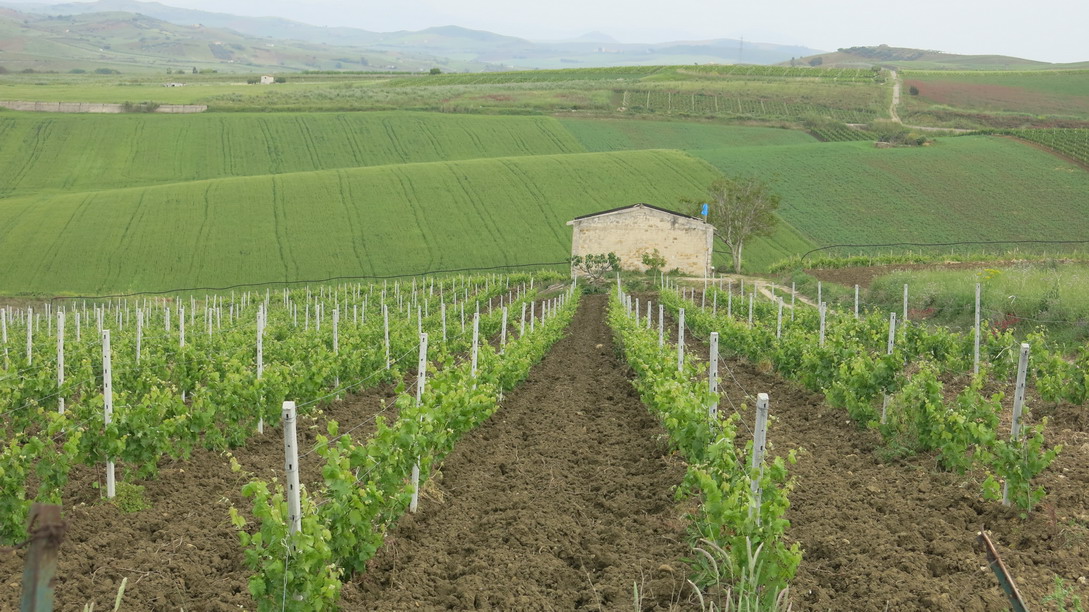 Marilyn and Susanne alternate each other with stories and notions first in English, then in Danish. 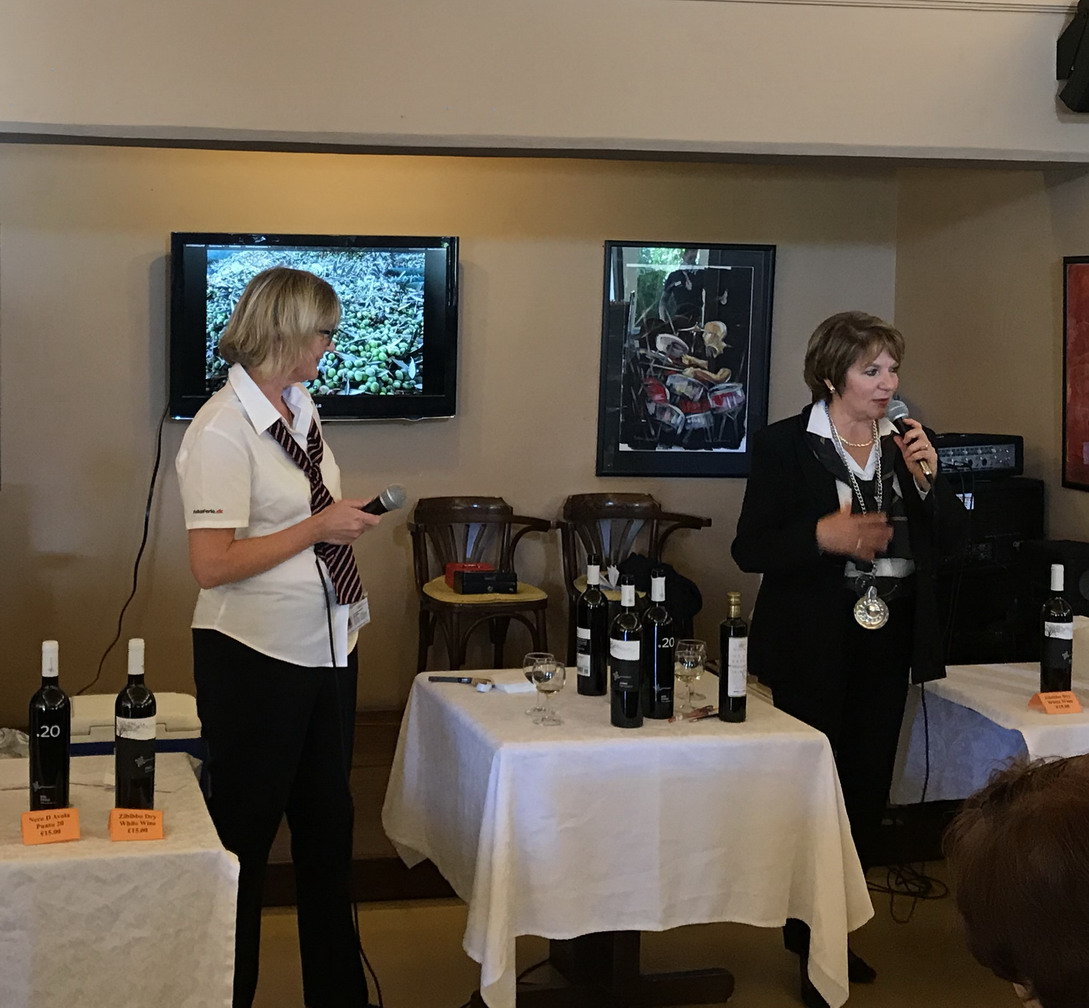 Everyone listens attentive and interested, with a giggle now and then, when occasional funny comments come up, creating a cheerful atmosphere. 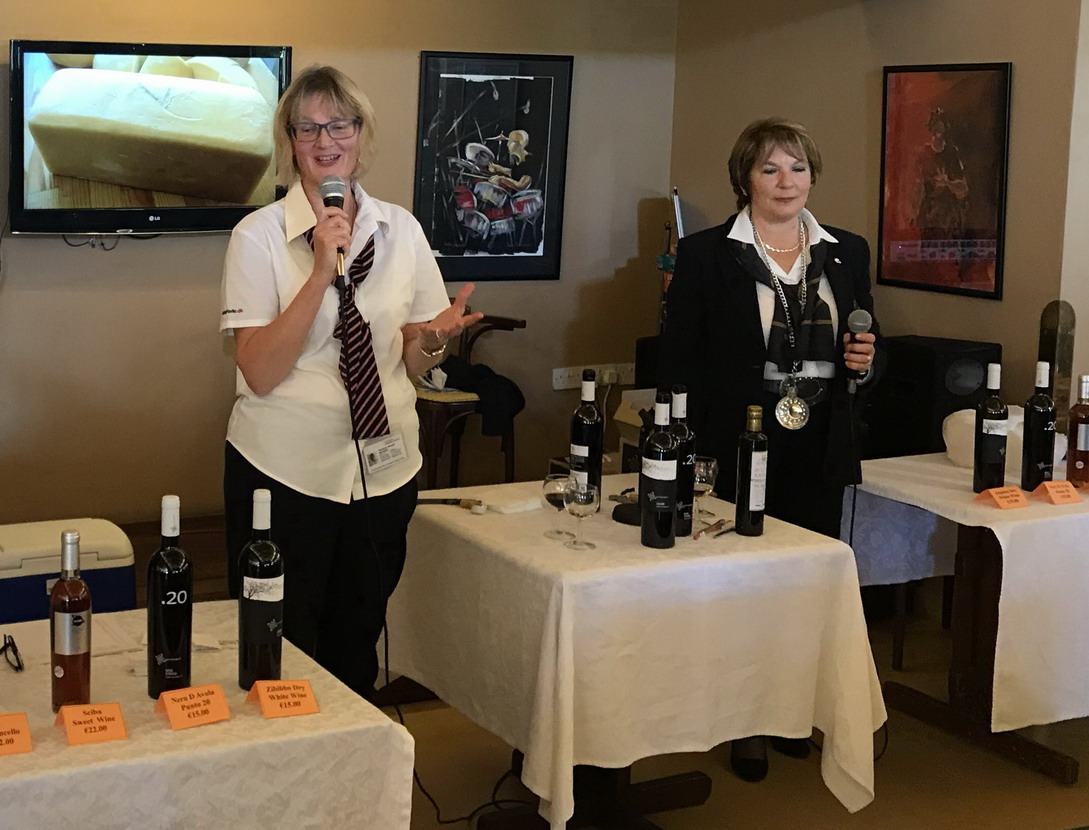 The first wine is served, a dry white wine made by the Zibibbo grape variety introduced in Sicily by the Arabs during their domination.Marilyn and Susanne explain how a sensorial tasting is to be done. First one must look at the wine in the glass because the colour of the wine may give important facts as the grape variety, the aging and other notions. 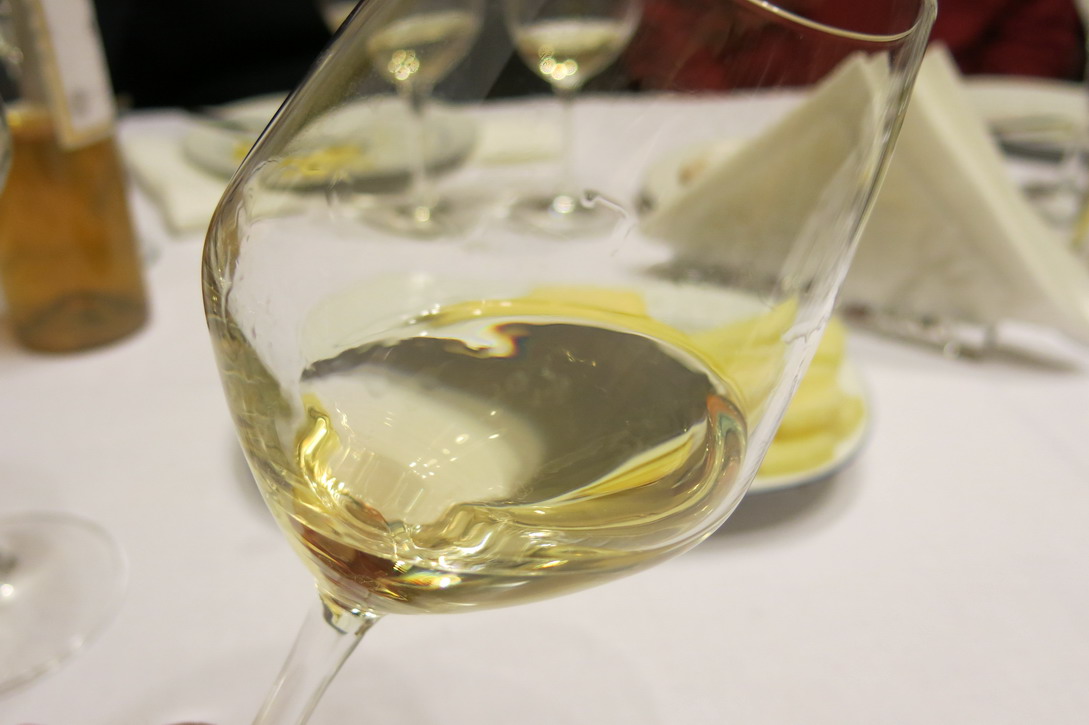 Second phase is to smell the wine, after giving a swirl so the wine breaths and opens itself, releasing enhancing aromas of flowers, fruits and other pleasant scents. Then it’s finally the moment to taste! A first sip to prepare the palate and the second to enjoy the flavours of our Zibibbo Ottoventi wine. 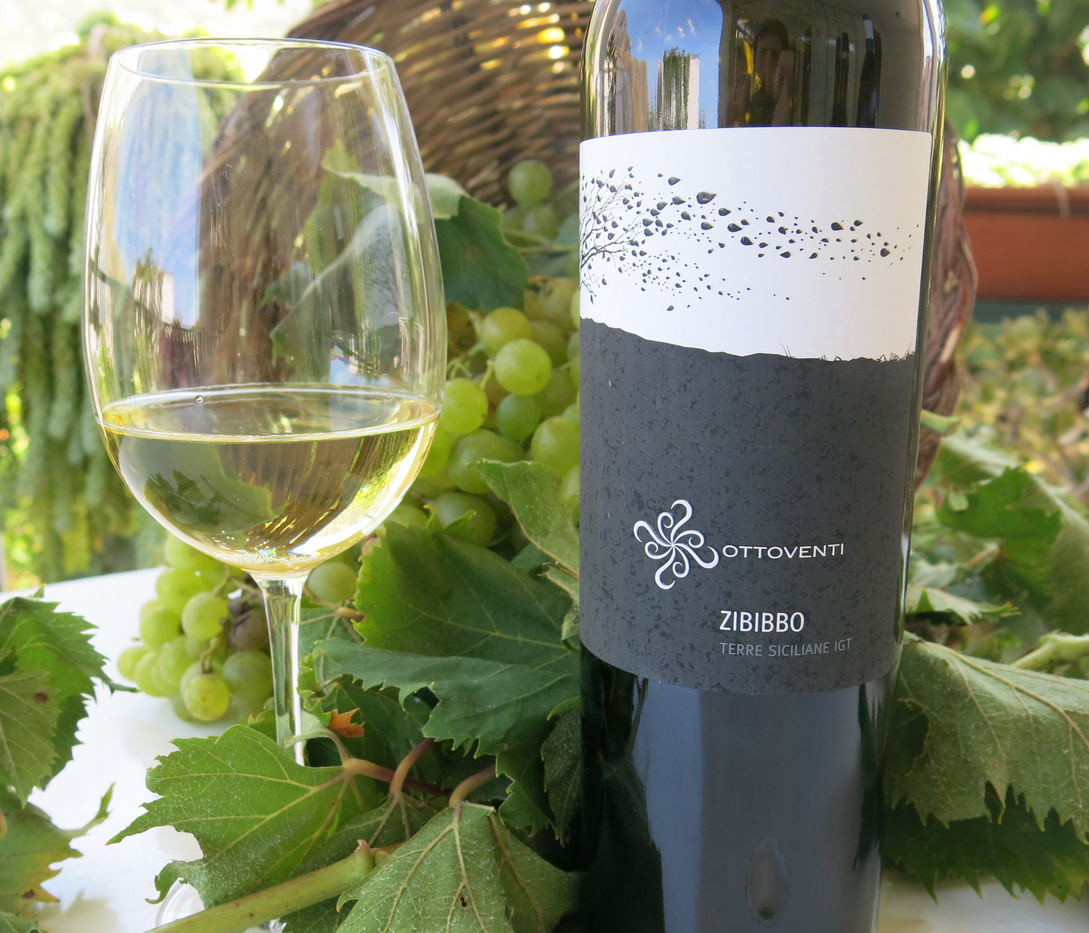 The second wine is a red made by Sicily’s most renomated grape variety, Nero d’Avola. This variety can give different versions of itself depending on the territory and the winemaking. This red wine called Punto 20 is a pleasant fruity version of Nero d’Avola with a wide spectrum of aromas including red berries, black cherries and spicy, balsamic notes that the guests appreciated. 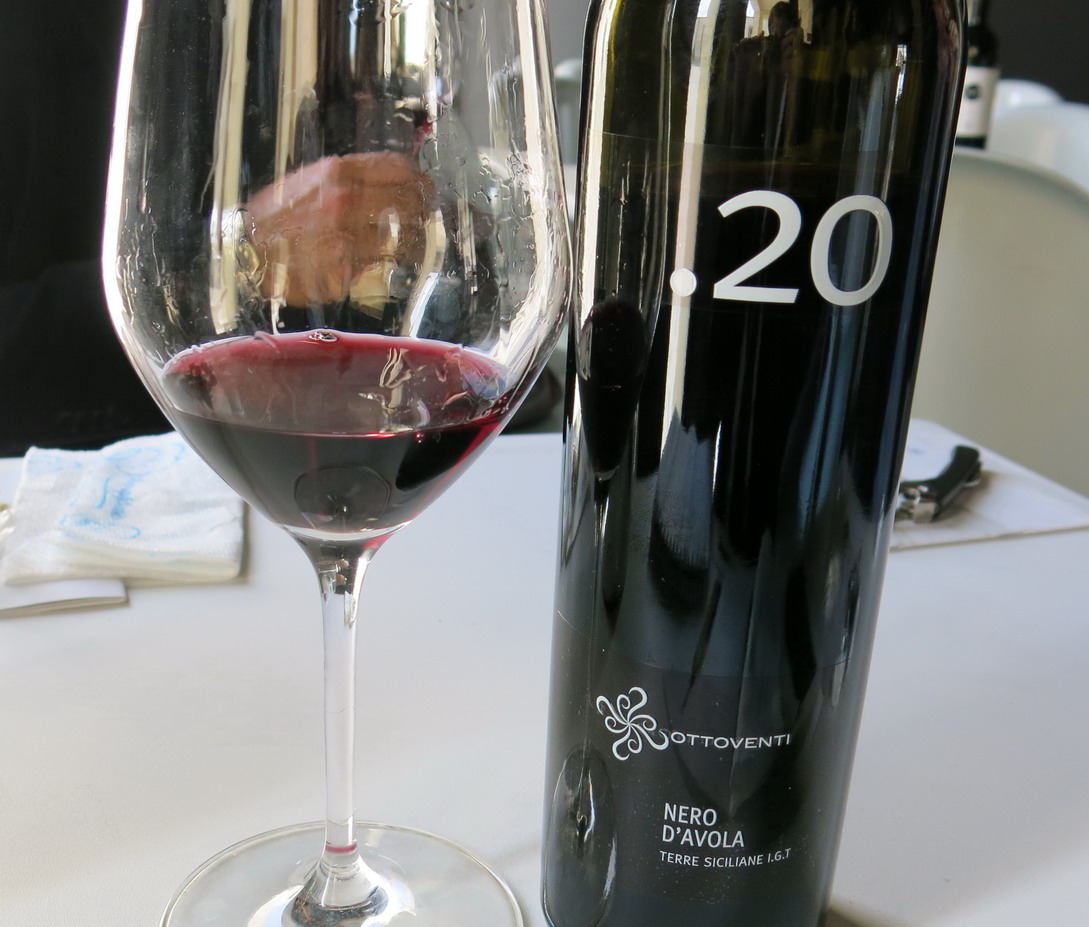 The flavour harmoniously reflects the aromas delighting the palate with rounded tannins and great persistency.

But a wine tasting is not complete if not accompanied by food, which is the major purpose of wine drinking. 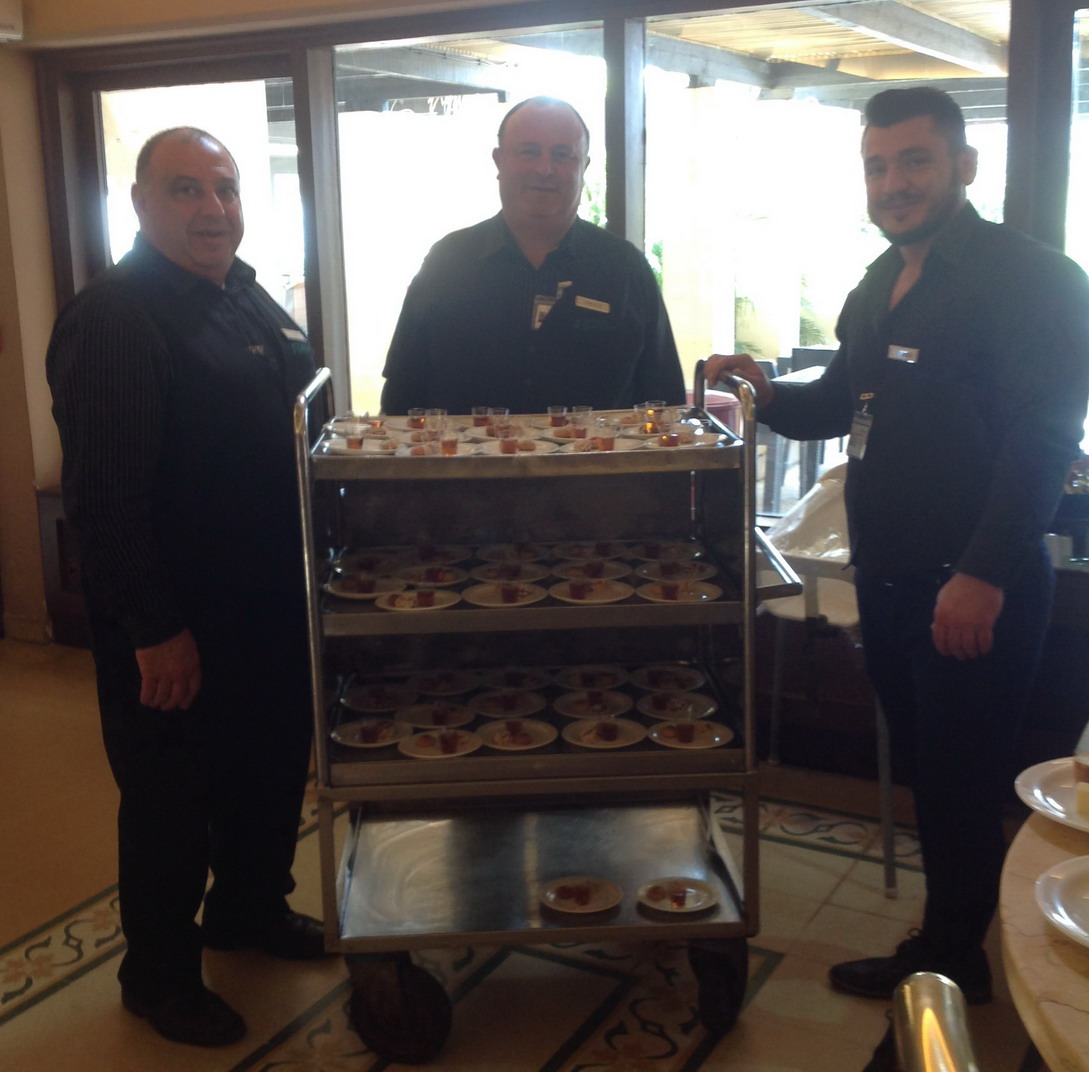 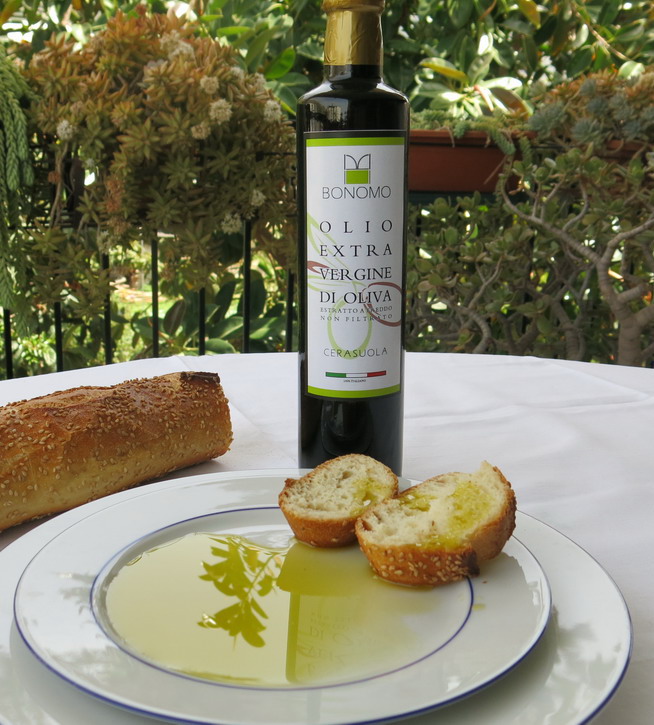 …and a particular cheese called Caciocavallo made with milk from a Sicilian breed of cows called Vacca Cinisara that graze up on the mountains of Cinisi, a town near Palermo. 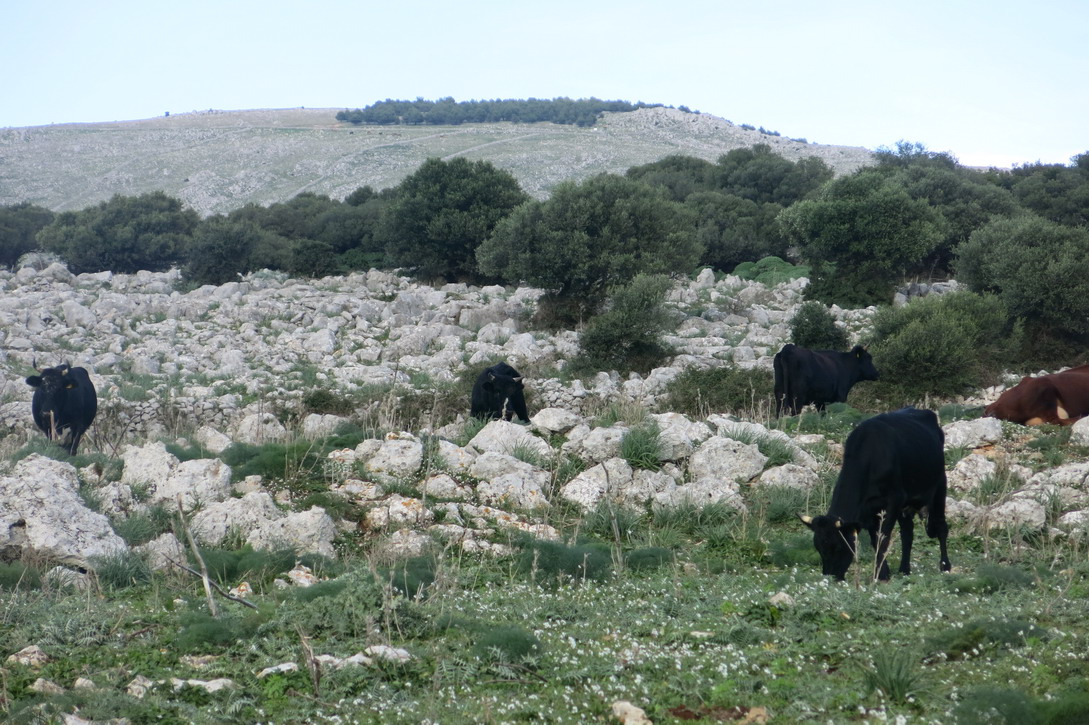 To end with the participants enjoyed Sicilian Homemade almond sweets that Marilyn personally prepared for them. To pair with, as we know, sweet calls for sweet and a special dessert wine called Scibà Zibibbo Passito matched perfectly with the sweets. 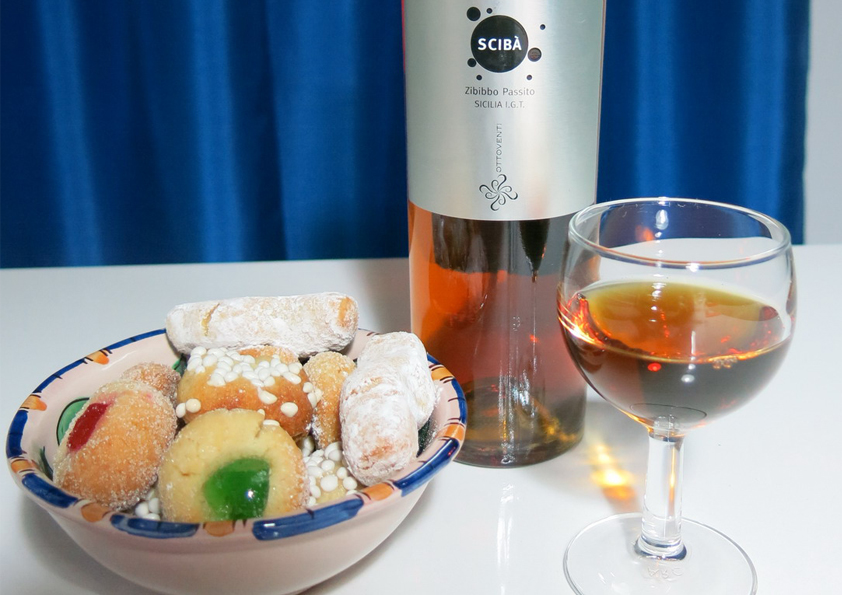 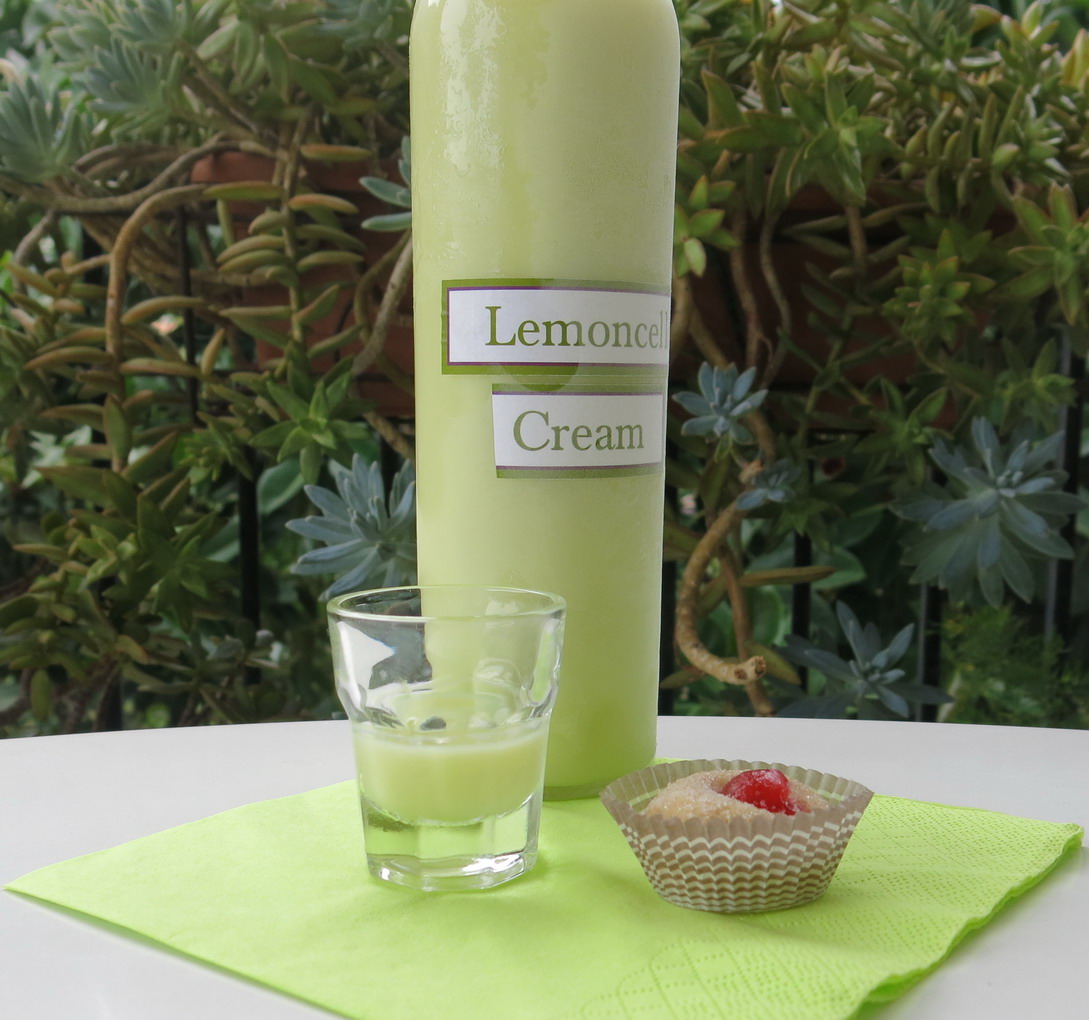 This Lemoncello Cream is a family recipe passed down to Marilyn by her grandmother. Made with green lemon peels from organic fruits of her orchard, the creamy liqueur is a real delight. 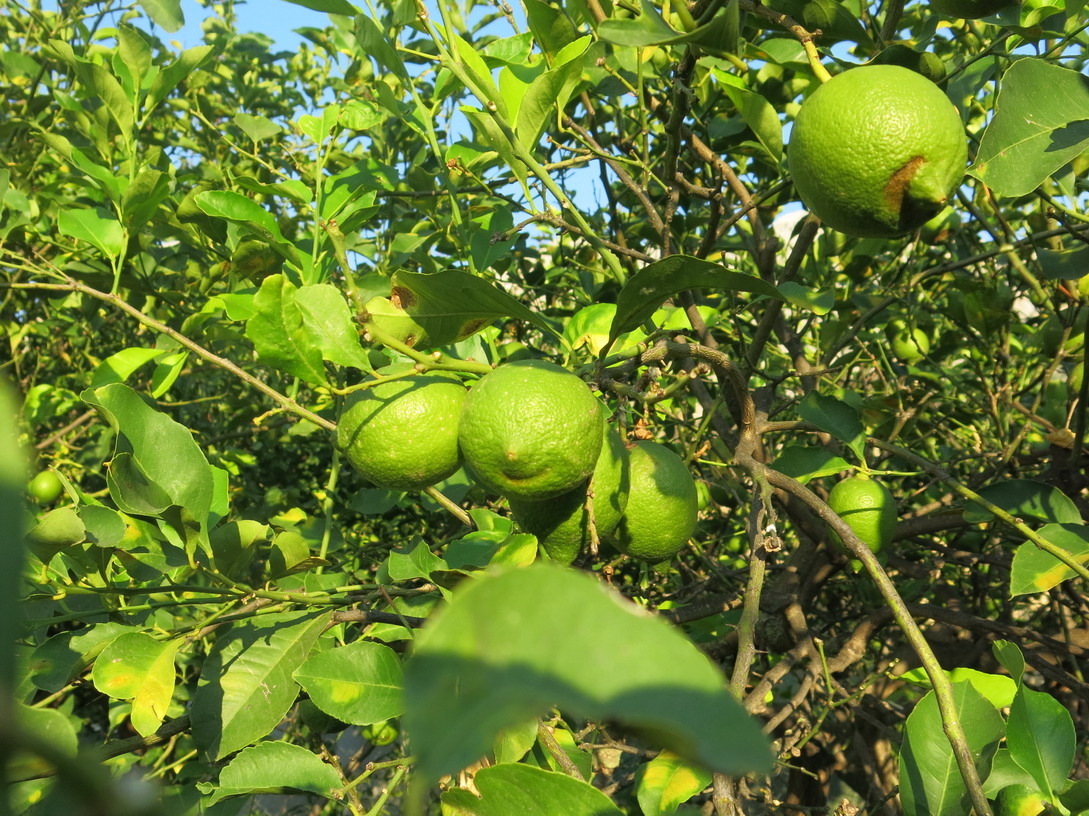 After the tasting, a raffle took place and everyone participated hoping to be the lucky person to win the prize. A few seconds of suspence and Susanne drew out the name of the winner that took home a bottle of wine and a nice souvenir towel of Sicily.

After the tasting a stand was set up so the participants could buy the wines and other products, either to take home or to enjoy during their stay at the Resort. 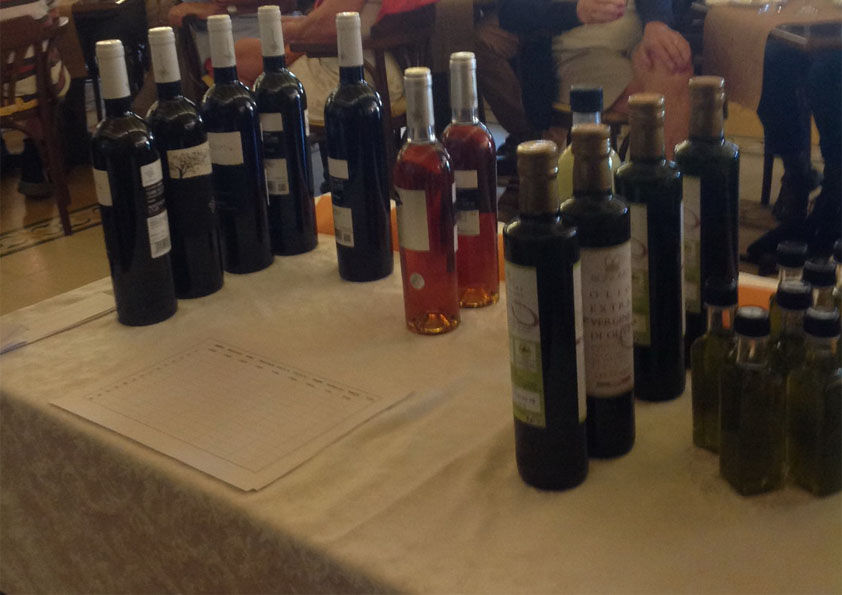 A nice moment of conviviality that certainly everyone enjoyed!