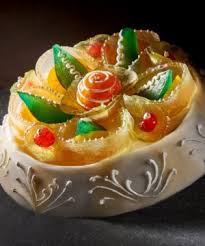 The prestigious Accademia Maestri Pasticceri Italiana (Italian Accademy of Master Pastry Chefs) confers Santi Palazzolo from Cinisi (province of Palermo), the meritorious award of “Pasticcere dell’Anno 2018-2019” (Best Pastry Chef 2018-2019). The Trofeo Pavoni bestowed to Santi Palazzolo “in recognition of his commitment and constance in pursuing his objectives and his extraordinary professional accomplishments. Great professionality in reinterpreting the pastry traditions of his territory giving constant impulse to all Italian confectionery”.I feel lucky in catching him for an interview as he is continuosly travelling around the world promoting the best of Sicily’s sweet traditions.

“Best Pastry Chef of the year, what does it mean to you?” I ask Santi.

“Receiving an award”, he answers, “means there are people that appreciate what you do. When these people are your fellow collegues, the value of this recognition is even greater. The merit of an award, however, is never one-handed but shared. For this reason I want to share it with my collaborators and my family.”

We can consider Santi Palazzolo emblem of Sicilian “pasticceria”. His childhood playground was the family sweets laboratory between counters and worktops, creams and cakes. It was his grandfather, from which he inherited name and passion, that opened their first pastry shop. 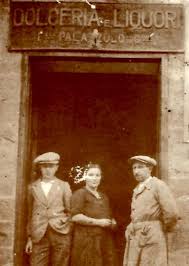 “When my grandfather returned from the war in 1919” Santi tells us, “he wanted to do something special for his Cinisi townfolks. For too many years grief, sorrow and even hunger had tormented the people. From the war he understood that life was to be enjoyed, for this reason he decided to become “dolciere” (confectioner, in Sicilian dialect)”.

“There’s a long story that my father used to tell me about my grandfather of which I am very fond of”, continues Santi, “in those days life was very difficult and money was scarse. To begin working his father (my great-grandfather) gave him a weighing scale, 2lb of flour, 2lb of sugar and ten eggs. He put all his passion in his work and slowly people began to visit his shop in the town square and buy his delicious sweets.” The peak of his success arrives in 1925 from the International Exhibit in Montecatini where he presents his “Buccellato”, a traditional fig-filled Sicilian pastry awarded with a Gold Medal.

Vito, Santi’s father never became a pastry chef. They used to call him “l’avvocato” (the lawyer) for his university studies. Vito, instead, had an outstanding entrepreneurial ability that led the Pasticceria Palazzolo to notoriety for the quality of its products and professionality.

Santi takes over the family company in 1985 combining passion, competence and a keen innovative spirit in full respect of Sicilian traditions. Collaborated by his wife Nunzia, his five children and his exceptional team, the Pasticceria Palazzolo has expanded itself towards different realities: a show-room at the Palermo Airport, an icecream and pastry shop at the Fi.Co-Eatalyworld in Bologna, a bistro in Normandy (France) and his new hi-tech Pastry Lab inaugurated last year.

Coming to Cinisi a visit to the Palazzolo Pastry Shop on the main street is a must. Rows of sparkling glass showcases exhibit a myriad of sweets. 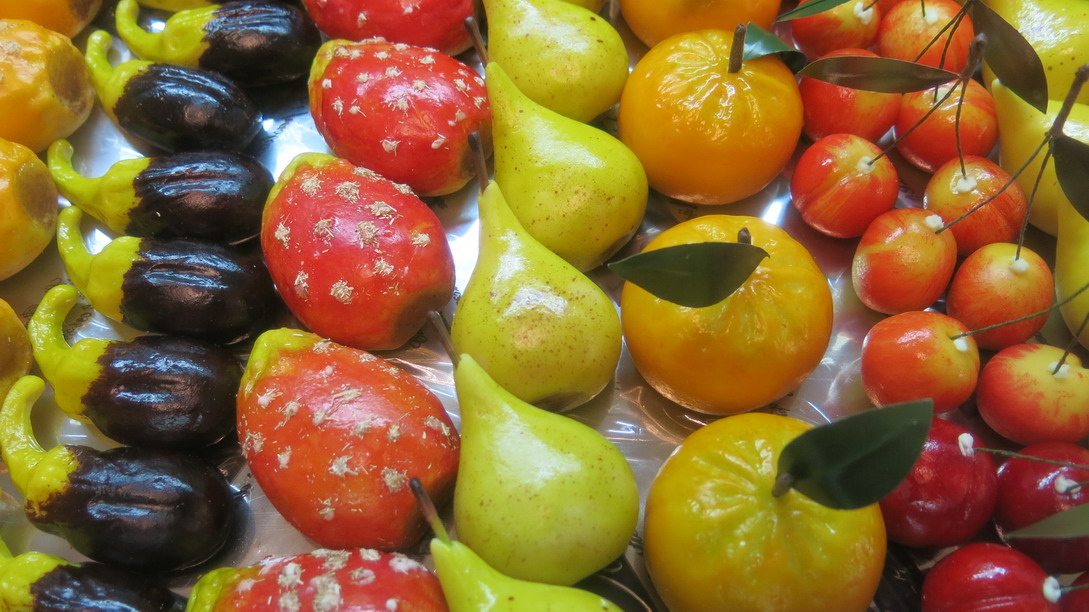 Breakfast doughnuts and pastries, savoury arancine, pizzette and calzoni (ham and mozzarella filled breads), cakes and cassate, mignon pastries, marzapan fruits, ice cream and granite and oh…if you want a cannolo, you need to wait a couple minutes. They will fill it on sight for you with delicious creamy ricotta! 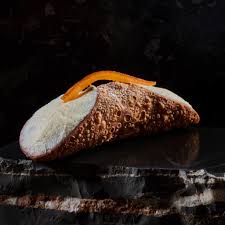