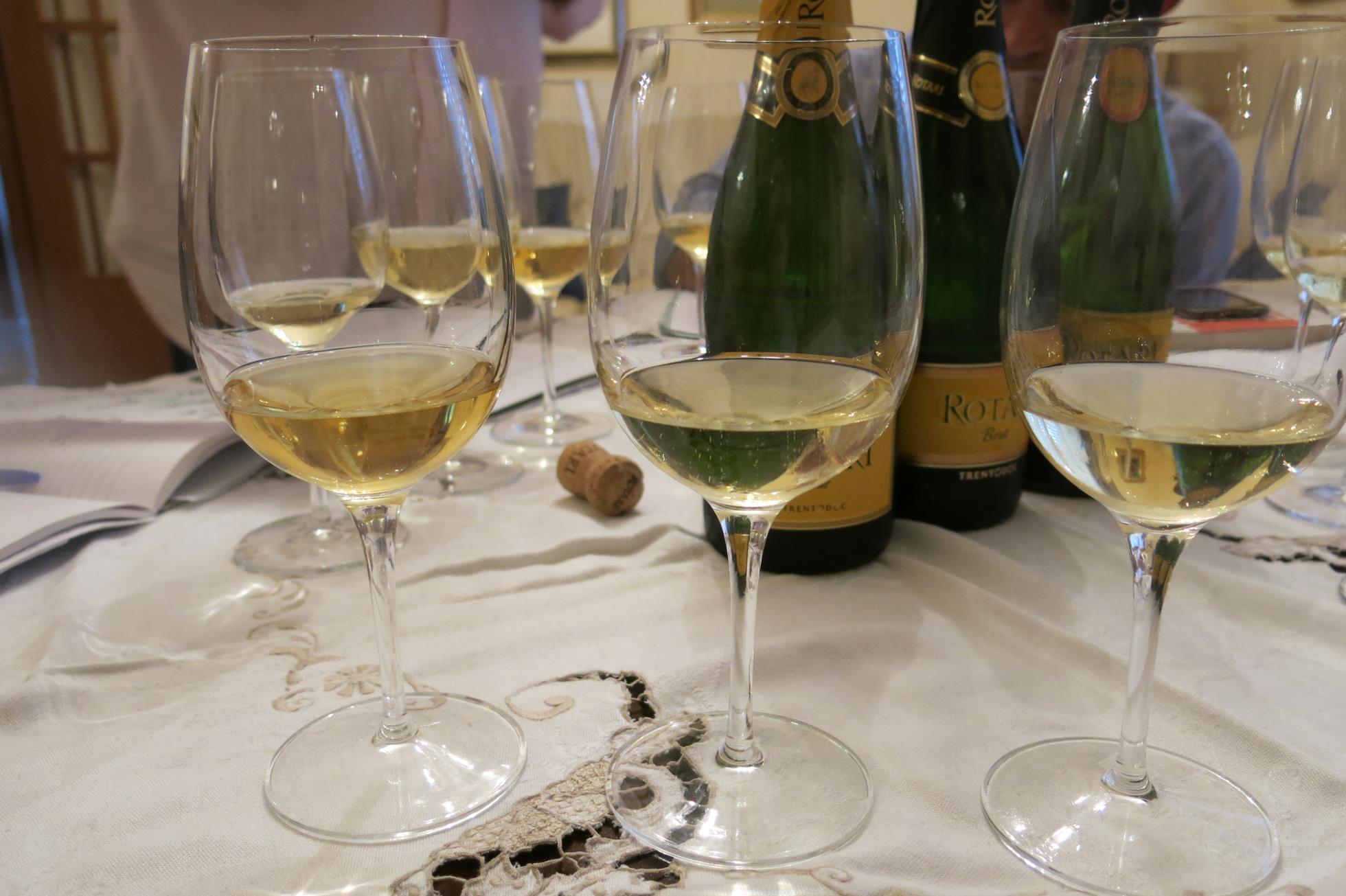 A vertical wine tasting is an interesting way to identify the changes in the taste of wine from different vintages. The wine must come from the same winery, the same varietal, and if possible, the same vineyard. The only difference of the wine is the vintage or harvest year.

Vertical tasting can help identify the changes in the taste of wine caused by environmental factors as rainfall, sun exposure, temperatures, that have affected the weather during a specific year, but it also may depend on the wine making. 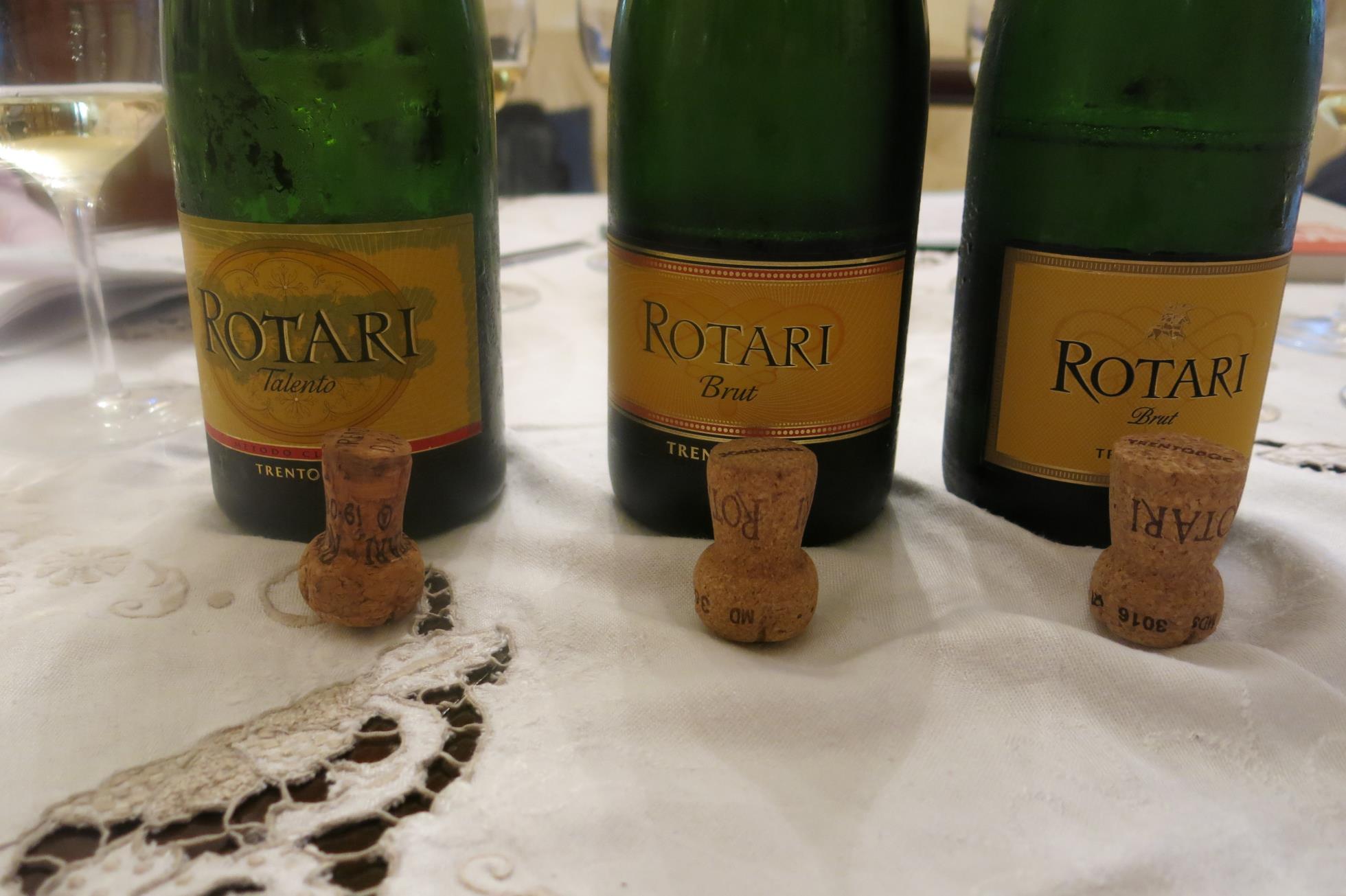 Our sommelier tasting group experienced an interesting tasting of three vintages of a DOC Trento, traditional method, sparkling wine from the Rotari Winery.

Usually the order of vertical tastings start from younger to older because older wines tend to be more complex. In this case of sparkling wines, we chose to start from the oldest because probably the characteristics of this sparkling wine may have faded during the years. 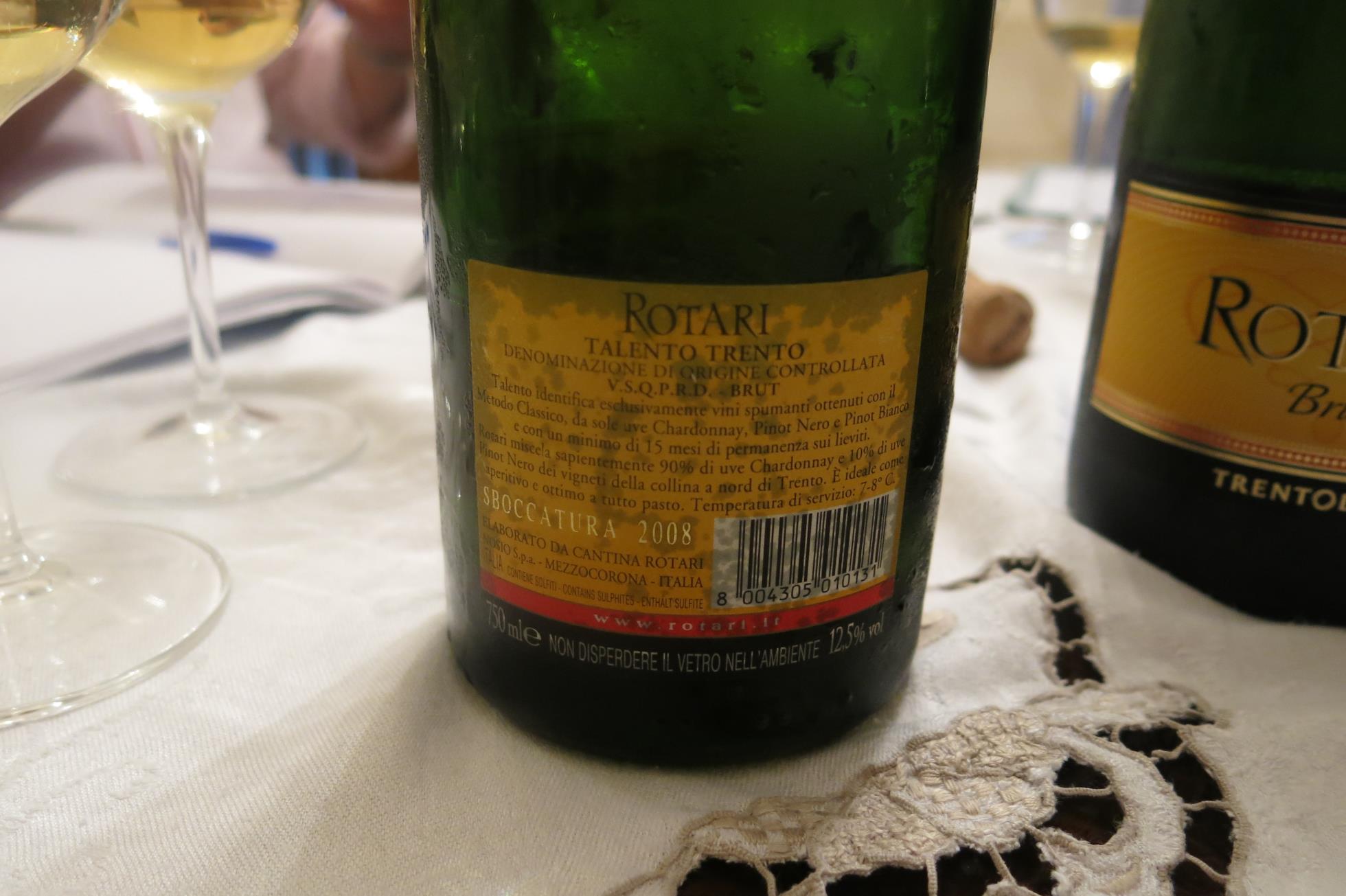 The first wine was a 2008 vintage which is quite an aged wine for this typology. Interesting the label tributing the wine as “Talento Trento” which means the perlage is obtained with bottle refermentation and the refinement on the lees must be at least 15 months. The wine was a goldish yellow colour and the perlage very thin but not persistant. The aroma was not complex nor intense, after all we were tasting a nine-year-old sparkling wine. 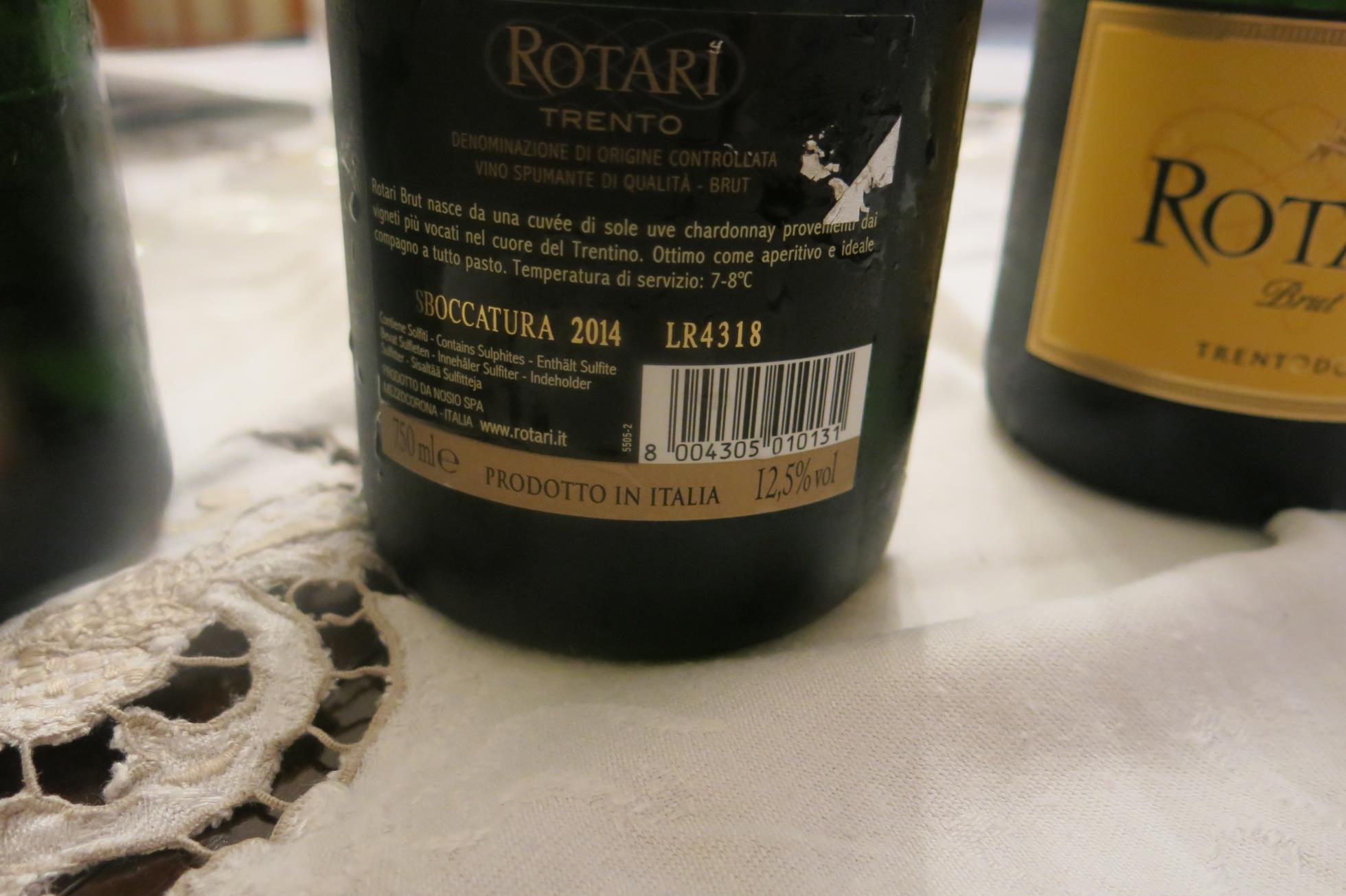 The second wine was a 2014 vintage, a crystal clear hay-yellow with goldish nuances. The perlage was intense with tiny, persisting bubbles. The aroma was intense and complex with floral notes, scents of yeast and bread crust, which is typical in the traditional bottle-refermentation method. 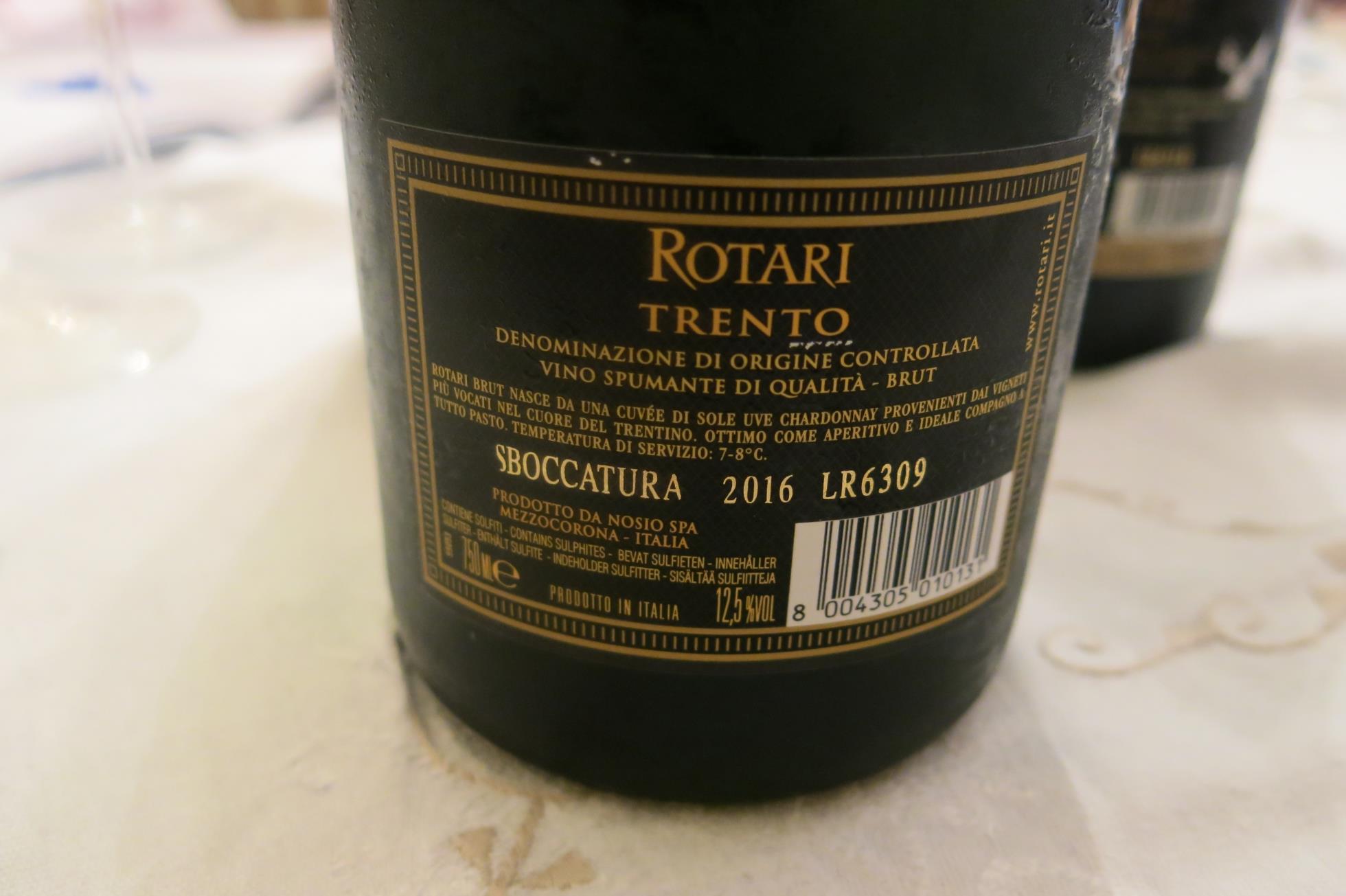 Then third and last wine tasted was a 2016 vintage. The color was light yellow and the perlage, thin and a bit less persistant than the previous wine. The aroma was slightly fruity and very pleasing on the palate.

We all agreed that the 2008 vintage should have been opened years before, however it still kept a good perlage.        The 2014 vintage was the one we selected as the best because of the persisting perlage and the rich aromatic bouquet. The 2016 vintage was also appreciated but we suspect that the wine had already reached its peak and was gradually degrading.  To match with these sparkling wines, our host prepared blue cheese canapes with  sprinkles of pistacchio nuts and panelle (chick-pea fritters) that combined very well with our wines.