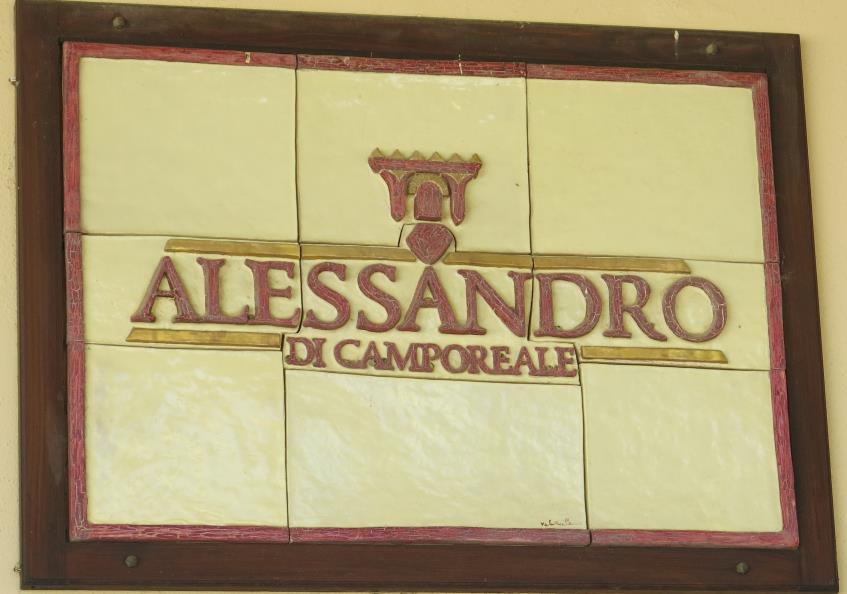 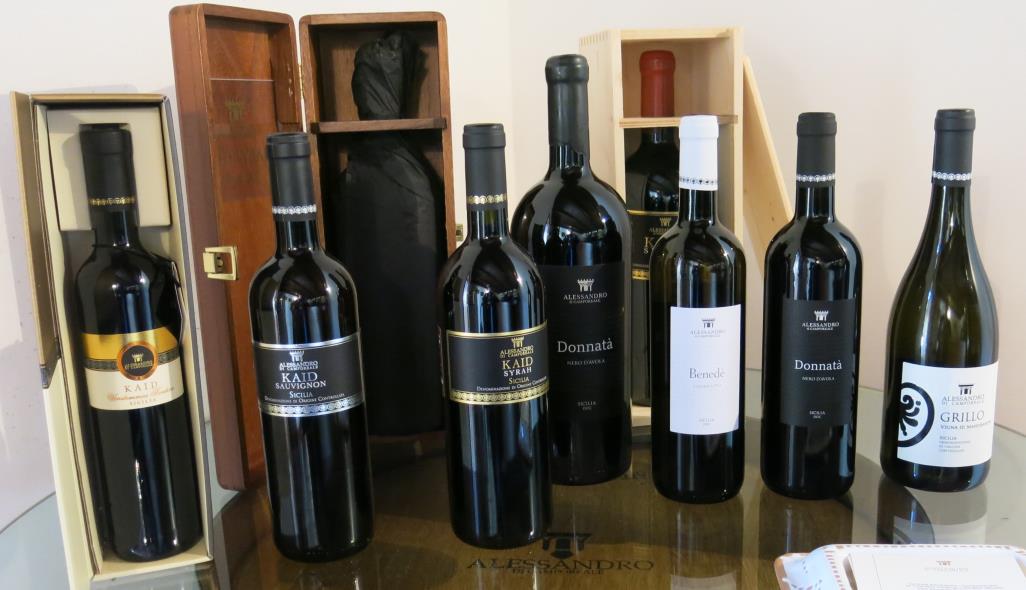 Harvest has been completed. The juicy grapes have been squeezed and pressed and transformed into must fermented under the enologist’s watchful eye.

The newborn wine is now resting in its cradle… a stainless steel tank or a wooden barrel. Noises and trembles must not disturb it’s rest.

A beautiful Autumn morning, a bit breezy but the sun is warm. A great day, the right atmosphere for a visit at the Alessandro Winery in Camporeale. 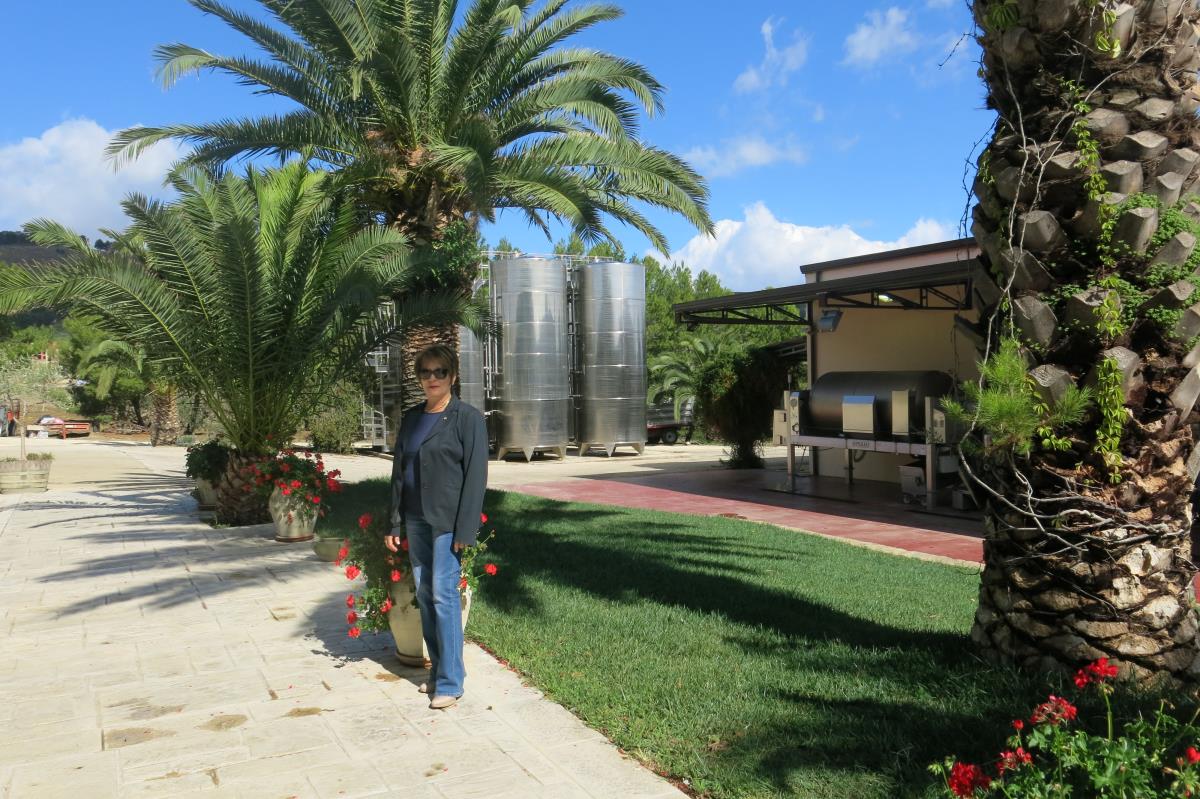 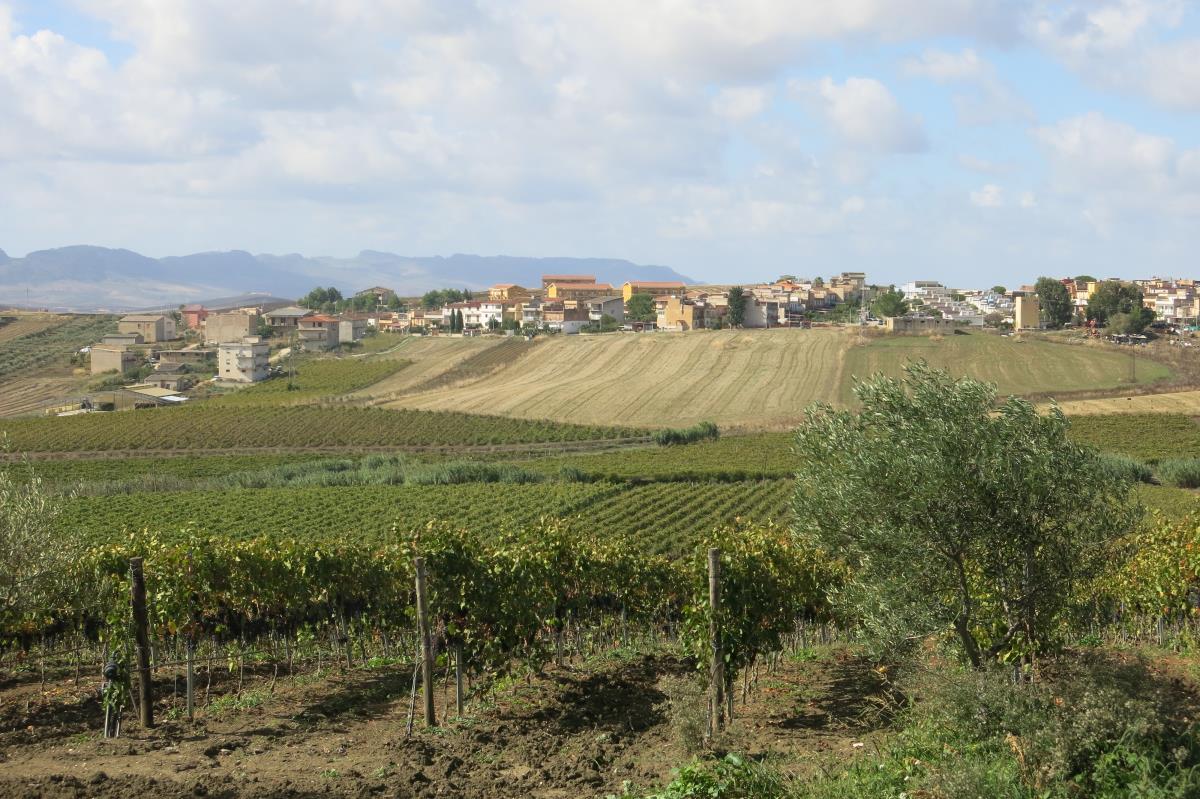 Anna Alessandro, our host, begins the tour with the interesting story of this family-run winery. It all began three generations ago when the family estate, run by her grandfather,  cultivated grapes then sold to winemakers. “In those times”, she explained, 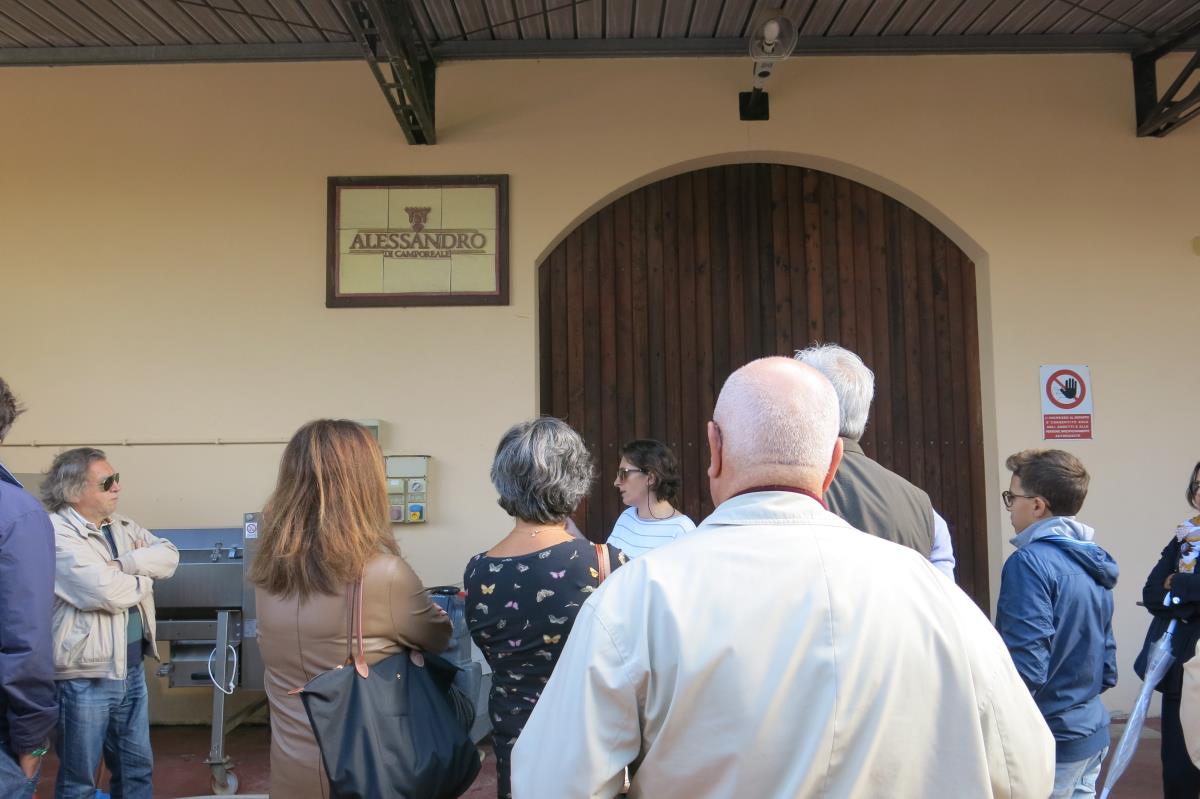 “the intent was to produce large quantities of grapes, the quality was not considered. The three brothers: my father and my two uncles, took over the vineyards after their father. Those were the years of the so-called Wine Renaissance during which radical innovations took place. The new idea was to point towards quality wines and no longer strong, alcoholic wines sold in bulk to France and Northern Italy.”

The Alessandro di Camporeale Winery produces only quality wines and have now reached a total organic and natural viticulture and winemaking. The production of quality begins in the vineyard, from the soil to the vines. Chemical fertilizers and pesticides are banned, the soil is enriched by planting leguminosae and only sulphur and copper treatments are admitted because not harmful.

The grapes are harvested by hand and the selected grapes, set in small cases immediately brought to the winery for the vinification process. The white grape varieties which may easily oxidate, are vinified with modern machines that eliminate oxygen. This procedure avoids the use of high levels of unsalubrious sulphites. Only minimum quantities are used which are much less than the quantities admitted by law. The red grape varieties are pressed and skins and stems remain in the must releasing antocianic elements which give colour, flavour and the necessary tannins. “Our vinifications are simple and non invasive”, explains Anna, “to maintain the characteristics of the wines. All we do in the winery is to enhance the produce of the vineyard”.

After fermentation, most of the wines are placed in steel tanks for aging while, the Syrah wine ages twelve months in wooden barrels. Then the wines are bottled in sterilized oxygen-free machines, labeled, corked and set for the remaining aging period. 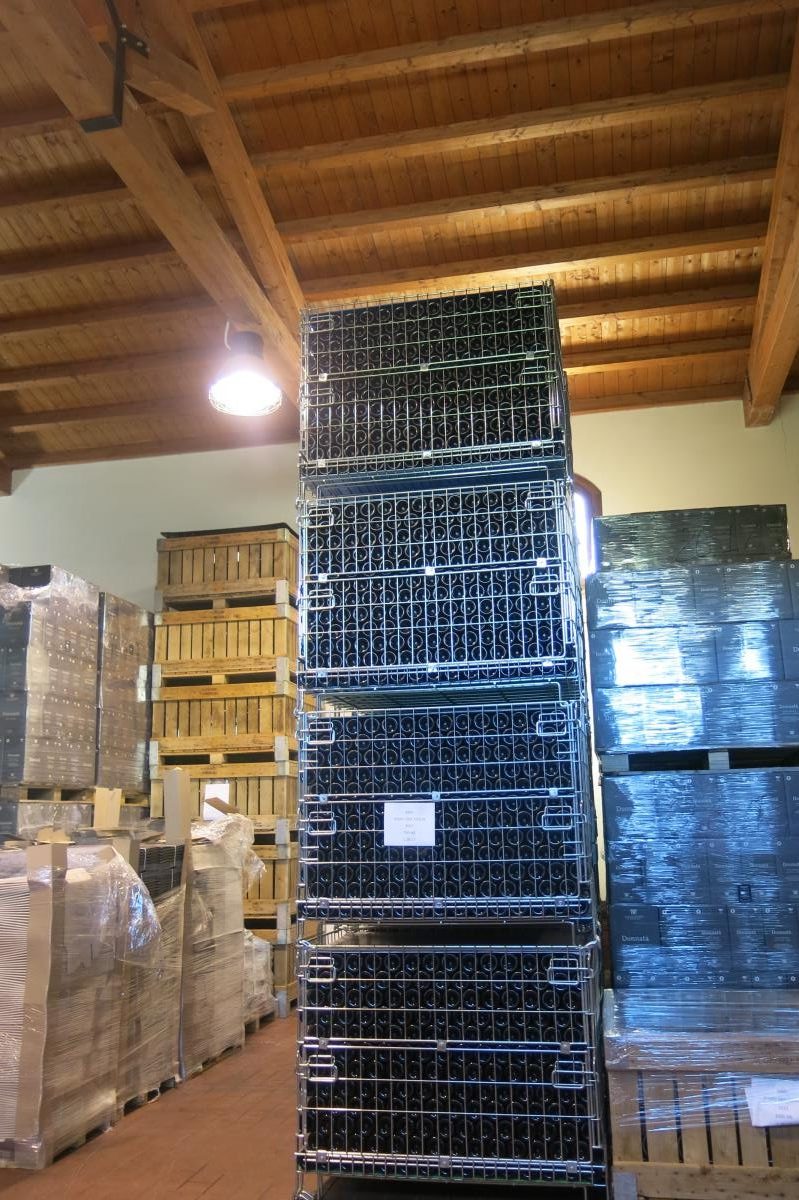 After the visit we enjoyed tasting the wines that were extraordinary. With great competence Anna led the tastings and mostly, she transmitted the passion with which she and her family continue the Sicilian quality winemaking tradition.